In Act 1 of a story with a three-act structure, the protagonist often reaches the point of no return. Their old world crumbles, and they stumble forward into a new world, often reactively at first. There is no going back to the old world.

In a novel or movie, there may be multiple progressive points of no return, each creating a deeper level of commitment and increasing the protagonist’s risk as well.

Once Neo takes the red pill in The Matrix, he can’t go back to his old life. The old reality has ended, and now his world is permanently changed.

Once Harry Potter learns that he’s a wizard, his world is never the same again. He must continue on to Hogwarts. Even when he goes home afterwards, it’s no longer the old status quo. 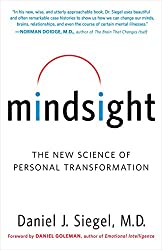 When it comes to personal transformations, we can make progress faster by deliberately aligning ourselves with certain plot beats that are guaranteed to advance the story. One of those beats is the classic point of no return.

Many people get their stories stuck in Act 1 because they just think about the end goal – if they even have a clear one at all – and they never reach a point of no return that moves their story forward.

When you keep your options open and allow yourself to retain access to your Act 1 world, you remain stuck in Act 1. That’s what Act 1 characters do. They resist the call to adventure, to risk, and to change. They are not committed to change, so real change doesn’t occur.

Suppose someone wants a more independent lifestyle, but they keep showing up to work at a job they dislike. That’s Act 1. We’re seeing the initial status quo. To advance the story, something must perturb and eventually destroy that status quo. A catalyst is needed.

Are you waiting passively for a catalyst, or are you actively looking for one? Better yet, when you need a catalyst, you can create your own. Why wait?

If you want to advance your story, a good first step is to focus on graduating from Act 1, so you can progress to Act 2. Work on reaching your point of no return. Your old world must die, and you must come to accept the obviousness of that. As long as you still think you can keep your old world humming along safely, you’re still thinking like an Act 1 character, and you aren’t ready for Act 2.

In your personal Act 1, realize that your dead-end job, your dead-end relationship, or your dead-end health habits must come to an end. You cannot keep living in Act 1 unless you want your life story to remain perpetually stuck.

With any powerful personal goal, focus first on raising your commitment level. Make it inevitable that you’ll at least get moving in that direction. A good place to begin is to accept that your old world must collapse. You’re going to have to leave it behind.

In order to do this, you must lean your character towards growth, mystery, and risk. Yes, that will probably seem scary at first. Acts 2 and 3 are way more risky and dangerous than Act 1. Act 1 is cozy and safe – and also boring if it goes on too long.

In a typical 100-minute movie, Act 1 is around 25 minutes – just the first 25%. If you remain stuck in Act 1, you’re leaving most of the value of your life untapped and unlived.

This takes courage of course. What also helps is knowing how awful it will be if you grow old and die while your character is still in Act 1 of your story. If you really want to live, you’ll go through multiple story arcs during your lifetime, and these story arcs can overlap. So sometimes you’ll be in Act 1 of one part of your story while you’re in Act 3 of another.

Do you already have regrets about how much time you’ve spent stuck in Act 1? If so, work on progressing to Act 2 by creating the death of your old world. Engineer your own point of no return, where change becomes inevitable. Demand more courage from yourself. Don’t wait for a catalyst to appear. Reading this can be enough of a catalyst if you want it to be. You’re fully capable of making a real decision to change. That starts with realizing that you’re finally done with Act 1.

One of my personal story arcs that spanned many years was a progression from financial scarcity to abundance. My transition from Act 1 to Act 2 happened in 1999. The decision wasn’t the surface idea to stop being broke financially. It was a decision to stop pretending that financial scarcity could stop me from having a fun, happy, and rewarding life. I resolved to stop stressing over money and to start having way more fun in life. I stopped giving my power away to some number in a computer database. That was the real decision that progressed me to Act 2. It was a decision to change how I related to life and money.

Other people will see your outer journey, but these decisions have more to do with your inner journey. You don’t just decide to leave your job for surface reasons. You decide that you’re no longer going to be the timid and needy person who will show up for a job that isn’t right for you. You’re not going to keep being the coward who will continue taking orders from a misguided boss. You’re not going to be the drone who works for a company for misaligned values. It’s time to construct a new identity that fits who you’re ready to become.

A real decision is harder than action. A real decision progresses you into Act 2 of your story. You’ll know when you’ve made the decision because you’ll feel this deep acceptance – and often even some sorrow – that Act 1 is finally over and done with.

Don’t wait for an external catalyst to get your story moving forward. Invite or create whatever catalyst you need to progress your story. Don’t keep living as an Act 1 character when you’re ready for Act 2.