Have you ever wondered why some people are naturally much happier than others? Click To Tweet Some people are negative and pessimistic regardless of what happens (and spend most of the day with a frown on their face), while others seem to be happy almost all the time, and are smiling every time you see them. Has life been kinder to the happy group? If you talk to some of them you’ll usually find that they have had as many problems and setbacks as most other people.

The difference is that they have learned to handle them better, and their optimistic outlook has come about primarily because they have acquired the “happiness habit.”

What do we mean by the “happiness habit”? To understand it, let’s begin by considering briefly what 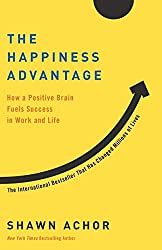 each of the words mean, starting with “happiness.” What exactly is happiness? A simple dictionary definition is “happiness is a state of mind in which our thinking is pleasant most of the time.” It’s important to add to this that it is something that you experience now, and not some time in the future. If you are looking forward to it happening some time in the future, you’re obviously not experiencing it now. Happiness can’t be contingent on anything; it has to happen now. Furthermore, it can’t depend on other people, or exterior events of any kind.

It is something that is developed in the mind, so it’s created by your thought and attitudes. This means that it is going to take some effort on your part. You aren’t suddenly going to become happy by saying to yourself, “I’m going to be happy.” This is like saying “I’m going to play the flute (assuming you know nothing about the flute).” To play the flute you have to learn how the notes are formed, then you have to practice it. As strange as it might seem, this also applies to happiness. You’re going to have to devote considerable time into learning how to be happy, and this is done by practicing it until it becomes second nature.

This brings us to the second of the words in our phrase, namely “habit.” According to the dictionary it

is ” a behavioral pattern that is acquired by frequent repetition, or an acquired mode of behavior that has become nearly or completely involuntary.”

So, to develop a habit we see that practice is needed. To perfect anything you have to start by making a conscious decision to do it as accurately and as correctly as possible. Then you do it over and over, and soon you find that you don’t have to think about it anymore. It has become automatic — a habit.

What do we have to practice over and over to develop the “happiness habit?” The following are some of the main things.

Memorize the above list and practice each of the things in it day after day until they become a habit and you’ll soon find that you feel much better, and are happier

Barry Parker is a professor emeritus (physics) at Idaho State University. He is the author of 25 books on science, health, writing, and music. His website is [http://www.BarryParkerbooks.com] and he has several blogs, one of them is at http://www.Barrysbuzz123.blogspot.com. He has done research in biophysics (mutations in the DNA molecule) and in relativity theory (Einstein’s field theory), has a strong interest in health and fitness, self-improvement, and in music (particularly piano). He taught a writing class at ISU for several years. One of his recent books is “Feel Great Feel Alive.”