My 25-year high school reunion is next month. I’ll probably go. My best friend from high school intends to go (we’ve been friends for almost 30 years now), and it will be fun to catch up with other old friends.

There can be some amusement at a high school reunion as you see that everyone has grown fatter, balder, and more married. The jock is now an insurance salesperson with two kids. The star of the school play now manages a restaurant. That sort of thing…

When I reflect back on what I’ve learned in the past 25 years since graduating high school, I ask myself what accomplishments I appreciate most. I’m not interested in showing off to my peers. I simply wonder how I’d answer this for myself. 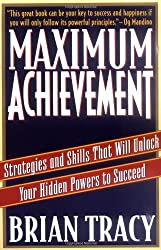 My high school self was a straight-A student, graduating with top honors, excited about going to college, and following the path that society had laid out for him. I was expected to continue along that path. I excelled in school partly because my goals aligned with other people’s expectations. I had little social resistance and plenty of social support for most of what I wanted to do. Nobody tried to talk me out of pursuing a computer science degree.

The real tests came when I wanted to do something that other people didn’t agree with, such as starting my own business or going vegetarian. For whatever reason, those types of tests came up often for me.

Because of the path I followed since high school, I strengthened my independent will. Today I’m able to follow my conscience and make decisions based on my character, beliefs, thoughts, and feelings on a matter, and not be overly dissuaded from my course even if many people around me disagree. I’m capable of following my path with a heart in ways that would surprise my high school self.

Back in high school, it was a big deal for me to share with a few close friends that I didn’t believe in the whole Christian god story anymore. Now I find it much easier to share my thoughts and feelings openly regardless of how people may react. Religion is spiritual immaturity, the fool’s path of growth. If people feel a need to go kittywompus when they hear me say that, I let them go kittywompus.

Today I take better advantage of my freedom than my high school self ever did. He felt very constrained, but he still honored most of the constraints that other people placed around him. I’ve since lost respect for externally imposed constraints. I do value constraints, but only if they align with my values. If I don’t agree with other people’s rules or conventions, I largely ignore them. I still consider predictable consequences, but I don’t follow rules merely for the sake of following rules. I think for myself and make decisions based on what I think is right, regardless of what the standard procedure is supposed to be.

Often when I talk to people my own age, I find it hard to relate to them. So many of my peers seem overly scared… so fearful of taking risks. They’re afraid to lose what they have, but the irony is that they don’t even appreciate what they have. Most of the time their fear isn’t about taking on risks for themselves. Quite often they’re willing and able to do that. Their greater fear is dealing with people’s judgments of them, especially if they fail to achieve their goals quickly.

What if I fail and my family thinks I’m a loser?

So they’ll think you’re a loser. That doesn’t even matter. You have no obligation to impress them. Follow your path. Let them do the same. If you fail, then fail with style, and take pride in that. Then get up and try again. Stop making failure into this big scary beast. It’s just a road bump. There will be lots of road bumps in your life if you want to do anything remotely interesting.

What if I fail and my spouse leaves me?

Then s/he wasn’t much of a spouse to begin with. This will be a good test to see if you chose someone who can handle you being you. If not, good riddance. You’ll find a better match afterwards. If you want to develop your courage, and you marry someone who’s afraid of that, don’t expect that marriage to last.

What if I lose all my money?

Then you’ll have no money. You can start fresh and earn more. The game doesn’t end just because your gold gets low. The point of the game is to grow, not to acquire gold. If you get on an interesting path of growth, you may very well lose all your money, perhaps multiple times. You may as well get used to it.

These are the kinds of fears that hold people back so much in life.

I’m relieved that I didn’t turn out that way, that I embraced a path of experimentation and failure — and that I find pleasure and meaning in decisions that don’t always turn out well.

I feel good about how far I’ve come since high school, but that feeling isn’t due to external accomplishments that might impress anyone else. I feel good about becoming a man who can act in alignment with his conscience, even when everyone else disagrees.

I don’t eat animal products. I consider it unethical.

I don’t have a regular job. Doing repetitive work for pay seems like a waste of life. It’s not worth the reduction in freedom.

I give away most of my creative work for free (and uncopyrighted), so anyone can share it easily. That feels good to me.

My thoughts, feelings, and behaviors aren’t that unusual. Many people feel the same as I do about these subjects. They agree that it would be more ethical to drop animal products. They’d rather not spend years of their life working for someone else. And they like the idea of expressing their creativity and contributing. The difference is that they let their fears about other people’s reactions stop them from making a bigger push in those directions.

I feel very fortunate that something inside me popped and said, “Nope, can’t live like that.”

In reflecting back on the past 25 years, the achievement I’m most proud of was to become a man who finds it unnecessary to satisfy others’ expectations of him. That gave me the freedom to create a life that I enjoy and appreciate.

I also look forward to the possibility that another 25 years from now, my future self may look back once again and reflect upon how much he’s grown. I cannot know what he’ll be like, but I can predict that his path would surprise me. I like that.

What’s your greatest life achievement thus far? What accomplishments do you appreciate the most? Would you name one of your public wins? Or one of your private victories?