If you actually want results, make a 5-year commitment to a particular path, like building an online business, developing your social skills, becoming a world traveler, etc. A lesser commitment is largely pointless. 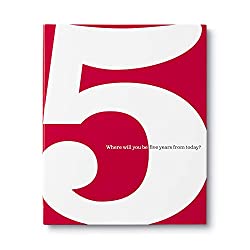 Many other bloggers quit within their first year, which is largely a waste of effort. If they were going to quit within such a short period of time, they were never serious about it to begin it. The best results come well after the first year. If you can’t make it at least 5 years, why bother with it at all?

Sure there’s some experiential value to be gained from dabbling, but there won’t be much value in terms of results. If you just want to rack up a bunch of short-term experiences for the fun of it, then by all means feel free to dabble. That’s fine. It’s not a mistake to do that if that’s your intention.

But if your intention is to actually generate some meaningful results, like strong new relationships, a commercially competitive skill set, a fulfilling career path, or some significant income streams, then forget about dabbling.

If you notice that you keep starting over every 6 months or so, you’re being way too noncommittal. As soon as you reach the point when you’re just about to transition into moderate results territory and get into the long run of nice results, you’re pulling the plug and erasing your progress.

In the first year, a new website will just begin to get some links, search engine placement, social networking recognition, and some moderate traffic. The seed has grown to a sapling. Then the owners look at the sapling with disappointment because they wanted a full-grown tree by that point, so they yank it out of the ground and start another project from scratch. This is nonsensical. After five years of this pattern, they have little to show for their efforts.

After a single year on a new path, it may look like you’re barely getting anywhere. Transformation often looks that way at first. But fast forward five years and look back, and the total transformation can be profound.

In 2004 I also joined Toastmasters to build up my speaking skills and experience. After a year of membership, I had switched to a stronger club, but I was still doing mostly 5-7 minute speeches and just beginning to do occasional 20-minute talks. I had done a few speech contests too. To prep for a 20-minute talk would take me a full day. I was gaining skills, but results-wise I didn’t have much to show for my efforts.

However, after I’d been in Toastmasters for 4 years, I was doing my first paid speeches, earning $3000 for 90 minutes on stage, and they paid for travel and hotel expenses. That’s a result.

And a little over 5 years after joining Toastmasters, I was doing my first public workshop, for which I earned over $50,000 for 3 days of speaking. That’s a result.

Now I can do weekend workshops whenever I desire and earn tens of thousands of dollars for each one. I’ve done 9 of these so far. Every workshop I’ve done has earned more money that I earned in my entire first year of blogging. That’s a result.

It used to take me a month to prepare a new workshop from scratch. Now I can do it in about a week. Today I can also prepare a new one-hour talk in about 15-30 minutes, and the delivery is better than when I used to prep for a full day just for a 20-minute talk.

I only left Toastmasters in 2010 when I felt I was well beyond the point of needing it anymore. Over a period of several years, I went from doing 5-7 minute speeches for free to doing my own 3-day public seminars and earning tens of thousands of dollars for each one. Again, that’s a meaningful and measurable result, not just a learning experience.

And this was my commitment all along. I knew I’d make it to this point if I stuck with it. If I didn’t expect to be in Toastmasters for at least 5 years, I probably wouldn’t have joined in the first place.

The first year of any new commitment is invariably the most awkward. Your skills are weakest then. You don’t know what you’re doing. You make a lot of mistakes.

That first year is also the time when you learn the fastest. However, that 5th year of 5 is typically when you enjoy the best results.

Deep down we love shortcuts. If one happens to come your way, take advantage of it. But don’t enter into a serious line of personal growth if you aren’t willing to make at least a 5-year commitment — assuming you’re interested in gaining some actual results.

Don’t force yourself to commit to something random for the next 5 years. But do put some thought into decisions that can rack up long-term results if you stick with them. This requires a degree of self-awareness, i.e. knowing what you’ll stick with and what you won’t. If you know you won’t still be into something 5 years from now, don’t bother putting 6 months into it.

Ask yourself what interests and goals of yours are still likely to be very important to you 5 years from now. If you’re reading this in 2012, then what will you still care about in 2017? Look to your past. What were you interested in 5 years ago that you’re still into today? What goals and aspirations keep resurfacing year after year? Can you expect these pattern to continue? These long-term interests will give you a hint about where to double down and commit bigger.

When I committed to blogging, I’d already been writing free articles for 5 years prior (from 1999 to 2004), so I could reasonably expect I’d continue this pattern. I just hadn’t committed to it in a big way yet.

When I committed to speaking, I’d already been speaking for free at software and game developer conferences for several years prior, so again, I had established a pattern there.

Even if you’re in your 20s or younger, you have patterns that you’ve established. What are the threads that you keep weaving into your life? How far could you get if you actually got serious about these threads and made a genuine 5-year commitment to generating some real results?