Why would anyone have the fear of success? Seems like most, if not all, people would welcome success. Who would not want the recognition, the adulation and the financial rewards that come along with success? The answer is quite simple. While most people want the benefits and rewards that come along with success, most people don't like the sacrifice, hard work and commitment it takes to be successful. Click To Tweet 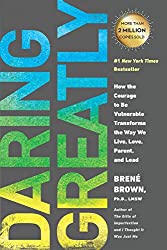 And then there are people who want to be successful but unknowingly do things that sabotage their success. For example, I’ve always wanted to start a sports business. Back in 2002, I started a sports business named Gametime Sports and Apparel. It was online sports equipment and uniform business. I wrote my business plan. Determined who my target market would be, I began marketing my business online and locally in Springfield, Illinois. Business was going pretty well for a while by I became my own worst enemy. Instead of focusing on my primary target market which was baseball and softball, I began venturing into football, basketball, soccer, field hockey and other sports. I ended up spreading myself thin. As a result, sales starting slowing down and eventually my business failed altogether.

The biggest challenge I believe that most people have with success is not success itself but changing your mindset so can one handle success. I’m sure you’ve seen on television where someone suddenly become successful or someone has been working hard toward becoming success and when it does, their lives literally change over night. And many people have difficulty dealing with changes and challenges that come with success.

Some of the challenges people have dealing with success are one, expectations other people will have of them; two, their expectations of themselves and three; the fear of how their lives will change after success. Certainly, life will change after success. People are drawn to successful people. So the challenge isn’t success so much as it is HOW you handle success. It’s the fear of the unknown is the reason many people fear success and subconsciously sabotage their success. Here are some of the other challenges people have dealing with success:

They key to dealing with success is preparing for it. People need to learn how to stay grounded in their faith, appreciate the family and friends who were in their lives before they had success and learn how to save and invest their money.

To be able to deal with a problem, first you have to know the symptoms. Here are five symptoms of the fear of success:

– They procrastinate doing thing even if it will bring them success.
– They attack a bunch of different projects but never focus on getting any project done.
– Every time their on the verge of success, things seem to go awry.
– They talk a lot about success but spend very little time working toward success.
– They buy a lot of courses on success but sabotage success by skipping around the course and never finishing the course.

I’m sure you’ve heard or probably met someone who fit at least one of these categories. It’s pretty common to see people who read or listen to DVDs or CDs about success rather than actually work toward it. Success is hard. Make no bones about. Once people start actually traveling down the road to success, they find that it’s not as glamorous, fun or easy as it seems. The road is often lonely, uncertain and filled with a lot potholes called failure. Most people can deal with the success but failing over and over again usually separates the successful from the unsuccessful.