Around this time of year people evaluate and reflect over the past year and make plans for changes in their habits and routines. I believe it’s a good ritual to perform at least once a year, to reflect on what is working and what is not. This is a routine successful individual’s perform more frequently than yearly, preferably monthly or quarterly. 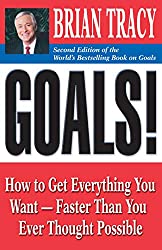 Successful individuals evaluate and adjust their routines and habits until they find the sweet spot of what is working for them. For them, being a success is simply a way of life. They have made success a habit. Habits are activities done routinely without really thinking about them.

We all have things that we routinely do on a daily basis, so we all have habits. Here is a question for you to ponder during your reflection. Are your habits successful ones taking you where you want to go, or are they leading you down the wrong path?

The habits you have are all patterns of behavior that you have learned somewhere along the way. For many people, their personal and behavior habits were acquired from their parents or from those around them in childhood without actually realizing it. They were formed long ago and are still with them today.

No matter how long you’ve had them, removing old outdated or bad habits and replacing them with new, good habits can be established at any point in your life. The key to developing successful habits is to recognize which ones they are. Change is always possible when you learn to focus on the positive and begin taking steps to eliminate the negative.

Below are three habits that successful people have. These habits have become part of their way of life without thinking about them. Keep these three habits in mind as you reflect and make plans.

Have a Clear Direction

Plan achievement markers along the way of where they want to be and when they want to achieve them. This way, they can focus on only the next step. Similar to when climbing a ladder, your focus is on moving up one-step at a time and eventually getting to the top of the ladder.

Having a clear direction will put you in control and motivated to moving forward.

Persistent means not giving up and not giving in even when it appears like there is no way to succeed. Persistence is the inner voice that’s telling them to keep going and continuing even when everyone else has given up. It means trying new and different ways to find a solution. Persistence is about taking little steps and making progress over time.

“The power to shape the future is earned through persistence. No other quality is more important to success. The sandpaper breaks down all resistance and sweeps away all obstacles. It is the ability to move mountains one grain at a time”. Anonymous

Failure Is Not Final

They are willing to fail. As adults, we live our lives with extreme caution. We do this because we are afraid to fail. We see failure as a negative sign and something to avoid. We stop trying and give up once we encounter a setback because it can be painful and a blow to our ego. The result is we only do things that we know will have a positive result. Thus, we then live our lives in meritocracy. Successful people use failure as a way of getting to the success level they desire by making adjustments each time they fail until they get it right.

Achieving success is like an onion. Once you start peeling back the layers, eventually you get to the core. The core of success is acquiring positive productive habits. Three of them are having a direction, persistence and learning to fail. Dedicate time and effort in developing these and other positive habits and soon you will be on the path to success.

Louis from lkreppert.com has studied effective habit modification methods for the past 25 years. He has created a Free reference guide for changing any habit quickly. Download your Free guide at http://bit.ly/1coK2m2.