Someone recently asked me about getting frustrated when they feel overloaded, and then shutting down or lashing out.

“This has been something I’ve struggled with for most of my life. I had an instance today where I could have been more calm and rational about the situation but calm and rationality gave way to frustration and anger. I’m wondering what habits I can use instead to keep from falling into fits of anger.”

This probably sounds familiar to some of us. We feel overloaded, and then maybe lash out at someone in frustration and anger.

This comes from the hope that things will be calm, orderly, simple, solid, and under control. The world doesn’t comply with this hope, however, as it is chaotic, disorder, constantly changing, never fixed, groundless. So we get frustrated, angry at others, and feel anxiety.

So how do we deal with the frustration that arises? How can we create a habit of calm? Click To Tweet

I’m going to share a series of practices that you can turn into habits. When you notice yourself feeling frustrated, instead of lashing out, practice the following.

If you practice them over and over, whenever you notice frustration, you will start to shift. 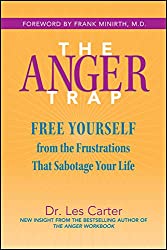 The first practice is to catch your habitual pattern as early as you can, and shifting by not allowing yourself to indulge in it. When you notice yourself getting frustrated and feeling overloaded, notice the urge to go to your habitual pattern (shutting down or lashing out), but pause instead of indulging it.

The next practice is to drop into the body. Again, pause, and let yourself take a breath. Drop your attention into your body and notice the sensations of frustration and overwhelm. Stay with these sensations, with curiosity. Notice how strong the urge to lash out feels, and just savor that strong feeling instead of acting on it.

Open up to it, relax around it, be with it. Love this feeling, if you can, or at least be compassionate with it. Once you practice this, you get more and more comfortable being in the middle of frustration, and you don’t need to relieve the feeling by lashing out. You now have more space to calm yourself and do the next practice.

The third practice is to use this newfound space to connect to the other person. Now, I understand that you might be angry at them, and so connecting to them is the last thing you want to do. Your heart is closed to them, because you think they are the problem. The problem is your closed heart. Try not indulging in that shutting down, and opening yourself a little. This is a challenging but transformative practice.

From this place, notice the other person — they are acting the way they’re acting because they are feeling some kind of pain themselves. Maybe they’re feeling insecure, anxious, worried about the future. Maybe they are hurt by something you did and are themselves lashing out in frustration. Well, you can understand that! You are feeling the same thing. In this way, the two of you are connected.

The final practice is to try to find an appropriate, loving and compassionate response. You have empathized with the other person, but now you need to take action. The answer of what action to take is not always easy, but at the very least, you’re not responding from a place of anger, which is a place that gives rise to inappropriate responses like lashing out.

What is an appropriate, loving, compassionate response? It really depends on the situation. Some examples:

The other person is upset and going through a hard time, so you help them calm down, listen to their frustrations, offer empathy and compassion, and talk through a solution together.

The other person acted inconsiderately but perhaps was unaware of how that affected you, so you come to them when you’ve calmed down and talk to them compassionately about it, sharing the impact of their actions on you and asking calmly for a specific thing they can do in the future instead.

The other person is not willing to engage in a compassionate dialogue, and is set upon being a jerk. You can’t talk to them calmly, because they argue with everything. In this case, you might get a third party to mediate, like a couple’s counselor or a manager in your workplace.

The other person is abusive. You empathize with the pain they must feel in order to be like this. But you also remove yourself from the situation to protect yourself from harm. You try to help them get the help they need while being firm about your boundaries.

As you can see, there are many possibilities — many more than I can list here. These are just some examples to show that you can find a loving, appropriate response to the situation if you come from a place of compassion and calm.

In the end, this stuff takes a lot of practice. But it’s immeasurably more helpful to do these practices than to lash out, which hurts not only the other person, but yourself as well.