As I work with people to change their habits and help them dive fearless into their meaningful work … there is one common obstacle that gets in the way, over and over. The obstacle is the brain’s rationalizations. It turns out, the human brain is extremely good at coming up with powerful rationalizations that sound true, that help protect the brain from doing anything scary, uncomfortable, or filled with uncertainty.

When we find reasons to procrastinate and not do our meaningful work, it’s because of rationalizations.

Some common examples of rationalizations that get in our way:

I’m too busy, I don’t have time right now (actually, you have time, you’re using busyness to put this important thing off)

I am too tired to do it now (but you had energy to do everything else, it’s just a matter of prioritization; also you don’t have to do too much, just do a little if you’re tired)

I really need to clean things right now (no, you don’t) 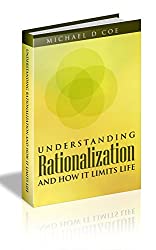 It’s OK to just check email (or messages) for a minute (but if you accept that rationalization, you’ll keep accepting it, and then you sabotaged yourself)

It’s not worth the effort, it won’t make enough of a difference (you don’t know that, you’re just minimizing it to get out of doing it)

I’m not a morning person (you don’t have to be, try opening up to the experience)

It’s too hard, I don’t want to do it anymore (you can do a little more, and it’s not too hard, you can do it)

It’s overwhelming, there’s so much to do (just focus on the next small step)

I got interrupted (by visitors, travel, sickness, crisis) and now it’s hard to start again (just start, take the smallest next step)

I’m feeling discouraged (find a way to encourage yourself)

I’ve failed so many times in the past, I won’t do stick to it now (you can change, give it a shot)

It won’t hurt to put it off just this one time (except you know that this usually leads to bad results, so it does hurt)

I have to do this other stuff right now (but is that absolutely true, or are you just rationalizing?)

I’m going to do a terrible job and everyone will think I’m stupid (you don’t know this, and in fact speculating on it isn’t helpful, it’s better to focus on what you need to do right now; also, failure is a good thing, because it’s how you learn)

I can do it later (yeah of course you can, but you can also do it now)

I don’t really need to do this, I’ve already done a lot, and this isn’t that necessary (yep, all true, but actually this is something you decided you really do want to do, so do it!)

I call bullshit on all of the above. Rationalizations are lies our minds make up to get out of discomfort and uncertainty. It’s completely understandable that we’d make up these rationalizations, but we don’t need to believe them.

But we can put ourselves in discomfort and uncertainty and be completely OK. The world won’t end, and we won’t crumble. In fact, it will only make us stronger, better, more resilient.

Here’s how to deal with these bullshit rationalizations.

How to Deal with Rationalizations

Overcoming rationalizations is about bringing awareness to them, and then not believing them.

So my main suggestions are to:

That said, here are some other things you can do to help yourself deal with rationalizations:

Become more and more aware of the rationalizations as you tell them to yourself.

You’ll start to become very aware of the most common ones. As I said, write them down.

Come up with counterarguments based on actual experience.

There is some truth to just about every rationalization — you are tired, you might fail, you are busy,

it won’t hurt if you skip it just this one time. But despite this nugget of truth in rationalizations, they are really true. Being tired doesn’t mean you should skip it — it means you need to structure your life to get more rest, or prioritize the important things for when you’re not tired. You might fail, but that’s not a reason to give up. And so on. Come up with a better counterargument for your common rationalizations, and write them down. Remind yourself of them when the rationalization kicks in.

Yep, start calling them out as lies. Say, “Nice try, brain, I know you’re scared but I got this.” Give your brain a hug, then dive in.

Focus on the smallest step.

If you are tired or overwhelmed or scared or busy or feeling like this is too hard … remove that objection by dividing the project or task into something smaller. Write one paragraph instead of writing for an hour. Fill out the first few lines of your tax form instead of having to do all your taxes. Meditate for just five breaths instead of 20 minutes. Put your entire focus into that one small thing instead of worrying about everything else.

Figure out what you want to commit to doing ahead of time. When it comes time to do it, your brain will start using that classic addict’s tactic of bargaining. Don’t let it negotiate. You decided already, no questioning that decision. Just do it. Let yourself revisit that decision later, after you’ve done it and when you’re in a place to decide, not when you’re facing discomfort and wanting to get out of it.

Practice moving into it it with ease.

Believe it or not, you can move into the thing you’re resisting with ease. It’s a matter of practice: you do the next movement, and then the next. For example, if I have to meditate and my brain is coming up with reasons I don’t need to … I just move over to where my meditation cushion is. Then I pick it up. Then I head over to where I like to meditate. Then I put down the cushion. Then I sit on it. Then I start my timer. Each step is so easy, I don’t even need to think about it. I just move.

Practice moving towards what you resist.

We try to shy away from the things we most resist, but we can make it a habit to move towards our resistance at least a few times a day, if not more.

Remind yourself why this is important.

For me, it’s a matter of reminding myself of my purpose and my mission — I’m doing this out of love for the people I serve. If I meditate on their hearts, it moves me in the right direction. If I am moved by fear or discomfort, I usually move in the wrong direction. So I need to remember.

I believe you can overcome any rationalization if you call B.S. on it, and practice these ideas. Actually, I’ve written a whole book and training package on this in the last week (practicing with my own rationalizations), called Fearless Purpose.

“You have brains in your head.
You have feet in your shoes.
You can steer yourself any direction you choose.”
~Dr. Seuss