Sometime during the 90s, I listened to an audio program that explained the differences between matchers and mismatchers.

Matchers are “yes, and” people who see the upsides of an idea more prominently than the downsides. If you share a new idea with them, they’ll see how the idea could work and may offer suggestions for what else you could do to make it even better.

Mismatchers are “wait, but” people who see the downsides of an idea more prominently than the upsides. If you share a new idea with them, they see what could go wrong and may point out the risks and drawbacks.

I’d say that my Mom is a mismatcher. When I’d share my youthful ideas with her, she’d often express skepticism and might point to some of the risks. I think that’s because she herself was raised by parents who lived through the Great Depression and learned the dangers of excessive optimism.

Another lesson I learned from that same audio program was that it’s wise to involve matchers in the early phases of developing an idea. A group of matchers working together will raise the level of excitement and enthusiasm. They’ll 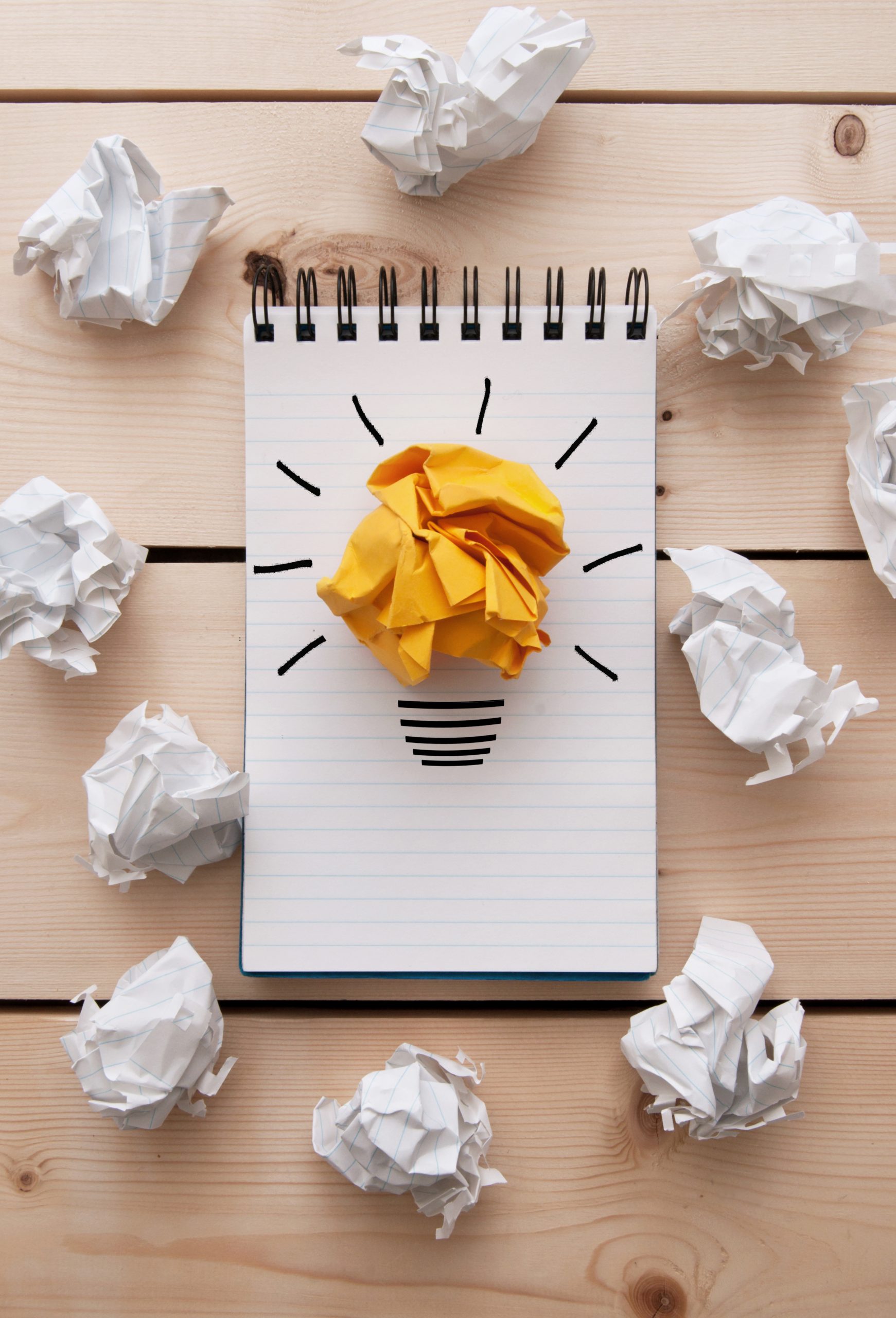 If, however, you bring one or more mismatchers into the early development phase, it’s like throwing a wet blanket on the whole affair. They’ll suck all of the joy and fun out of the process that matchers love, and they’ll think they’re doing everyone a favor by voicing risks and concerns early. Many otherwise viable ideas die early deaths this way. If you have one mismatcher in a room full of matchers, the mismatcher will be the one that everyone else wants to strangle. The matchers will likely regard the mismatcher as obstructing progress and unnecessarily slowing things down.

Mismatchers do have an important role to play, but it’s generally best to bring them in a bit later, after the vision has grown more solid and real to the matchers – when the idea is starting to take on a life of its own and isn’t so vulnerable to collapse. That’s when it’s good to invite someone to poke holes in the idea and to consider what could go wrong. Mismatchers will often notice flaws and risks that matchers overlook.

As a matcher I can confirm that it’s immensely frustrating to involve a mismatcher too early in a creative project. They’re usually well intentioned but don’t see just how much their cautious nature kills momentum and drains enthusiasm. An idea in the incubation stage can be very delicate. Like a newborn baby, it needs to be nurtured first. If you criticize it for its inadequacies right out of the womb, that isn’t going to help. You have to see its potential first.

Early in business I was overly optimistic about certain deals. I didn’t adequately consider the risks and got burned more than once. If I’d pay more attention to the mismatcher advice at the time, I might have avoided those problem situations. But looking back I don’t feel that it’s so terrible that I went through those bad deals because I learned a lot from them. They helped me to develop more balance. I grew wiser and made smarter decisions afterwards that led to better results. 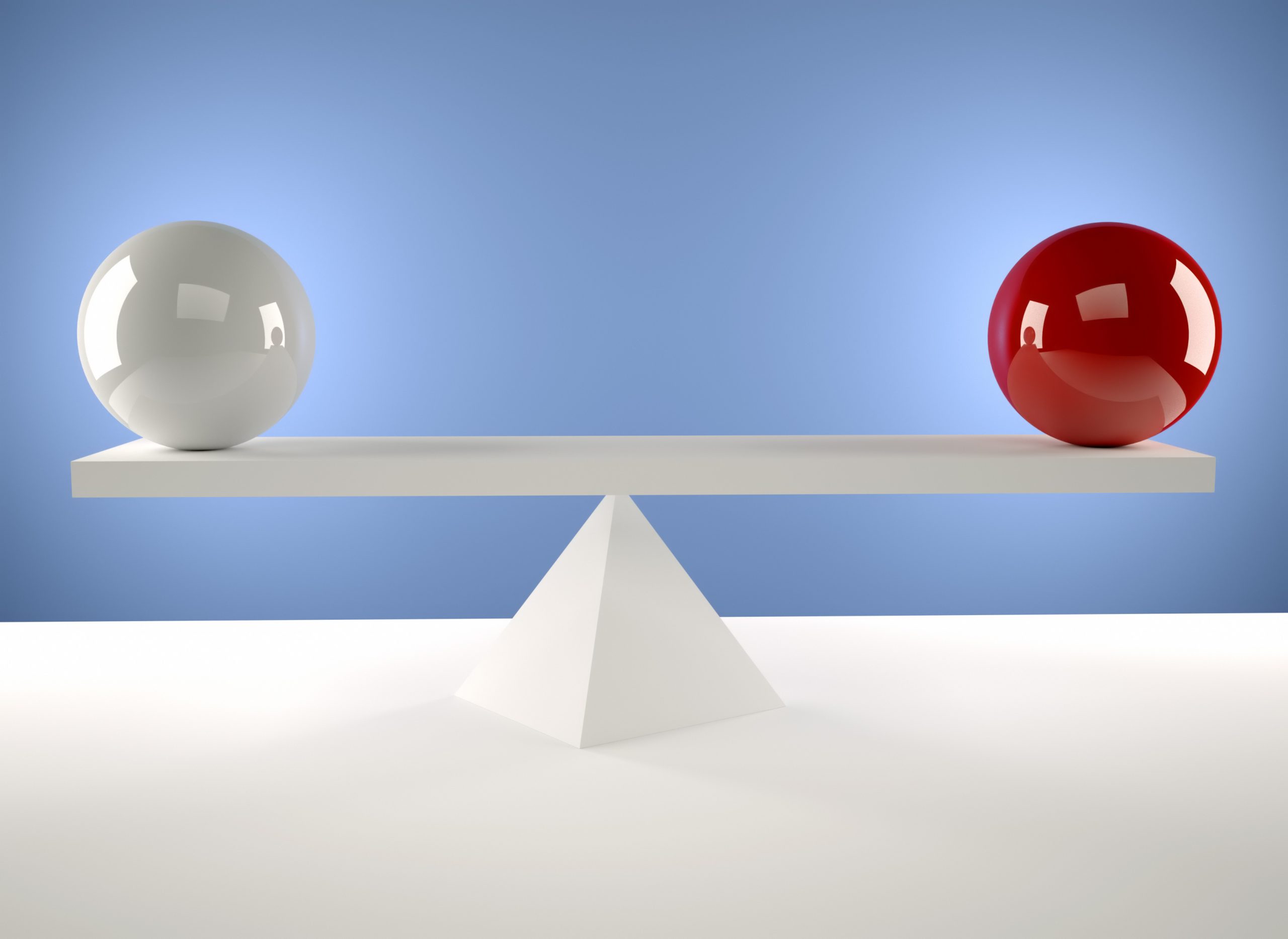 Over time I began to realize that being a matcher or mismatcher isn’t a permanent condition. These are default ways of thinking, but we don’t have to remain internally stuck in one mode or another. We’re capable of developing both aspects.

When I do creative projects today, I start with matcher mode. I work through the purpose and vision. I get enthusiastic about the results that will be generated. I think about the positive ripples. I get aligned with doing the project. If I share the idea, I prefer to share it with matchers, so they can help me better understand the idea’s potential.

When the idea is a bit more developed, I turn to the practical side. I identify the risks and list them out one by one. I look at the potential downsides. I consider problems that may arise and how to address them.

Consider that if a problem does arise, it’s rarely fatal. Problems almost always lead to learning experiences that make us smarter and more resilient in the long run. The Great Depression may have been a big setback, but most people got through it okay.

of this article here

Don't hesitate to better yourself now!

While you might get an “I told you so” from a mismatcher who predicted your problems in advance, a good response might be: “Yeah, and look at these other results I got too. It was still worth doing.”

Many problems don’t actually need to be solved. Some problems may simply be regarded as side effects to be accepted. An example would be if we do a program with live call times. Of course some people won’t be able to make the times we choose. We can partially address this by providing recordings. And we can also accept that it’s just the nature of live calls that some people will have scheduling conflicts, and that’s okay.

When you pursue interesting opportunities, problems will arise. Many mismatchers tend to overplay the presence of problems, presuming that each one must be solved before a project can proceed. That may be a wise precaution if you’re building a spacecraft, but for many projects that approach would be overly cautious. In some cases speed of execution is a lot more important than solving every problem that comes up.

When iOS 13 launched about a month ago, people complained that it was buggy. I noticed some bugs too, but on balance I appreciated the new update way more than the bugs annoyed me. I also knew from experience that Apple would eventually push out bug fix updates, and of course that’s been happening. Apple could have waited until a higher standard was met, but for most people iOS 13 was probably good enough to ship, even knowing that there would be problems.

Also think about the opportunity side: What opportunities are you delaying or at risk of missing because you’re fussing over potential problems? How will you feel if someone else beats you to the punch because you moved too slowly? Are you really being cautious… or merely sluggish?

It’s common to see people pointing to problems as roadblocks. How many times have we heard people mention these or similar problems as reasons they can’t move forward in some area?

If you lean too heavily on mismatcher mode, problems tend to become excuses for inaction. The existence of a problem is all you need to put the brakes on.

If you can lean towards matcher mode though, then problems can be seen as hidden opportunities, including all of the problems listed above. True matchers are advancing in all of these situations.

If you lean too heavily on matcher mode, you may take a lot of action that blows up in your face. Or perhaps you start out overly optimistic, and then you run into unforeseen difficulties and get bogged down. The mismatchers in your life will declare “I told you so” again and again.

If you lean too heavily on mismatcher mode, you’ll talk yourself out of many decent opportunities. Your excessive skepticism will kill ideas before they’ve been nurtured into viable projects. You’ll probably repel most of the matchers in your life, so your social circle will likely be rich in fellow skeptics. You may even consider yourself one of the more balanced ones, wondering why yourfriends are such downers.

To move interesting goals and projects forward, it helps to develop a balanced approach, either within ourselves or on our teams. A strong matcher or mismatcher can be a valuable asset in the right team position. But I think we can also learn to balance these modes of thinking as individuals, which also helps us to develop more respect for whichever mode of thinking isn’t our dominant one.

A well-balanced matcher can provide drive and energy to maintain the momentum of a project while also staying attuned to potential risks – but without getting bogged down in minor problems.

An unbalanced matcher can be overly impulsive and reckless, thereby adding more problems to a project which only increases the workload. They tend to assume that injecting lots of wild, passionate, yet chaotic energy into the mix is helpful, but of course it often isn’t.

A well-balanced mismatcher can identify problems and help develop solutions and contingency plans, contributing to the advancement and refinement of the project.

An unbalanced mismatcher tends to be overly skeptical or cynical and merely adds a critical voice without offering solutions or intelligent risk assessment. They tend to assume that pointing out problems and voicing concerns will be valued by others, but of course it often isn’t.

When you realize you’re out of balance, just as I did, it takes some effort to practice a different mode of thinking, but it can be done. Getting burned enough times or missing enough opportunities can be good motivation to make changes. But another thing that helps is just gaining experience.

I find that thinking about these modes consciously really helps me to achieve more balance, so I hope that becoming more aware of these modes is useful for you as well. Sometimes I’ll switch back and forth multiple times at different phases of a project. There are matcher and mismatcher modes for development, for launching, for marketing, for serving customers, and so on.

And remember these final rules of thumb:

The key is to apply these modes of thinking at different times, so they don’t interfere with each other.