A purposeful life and career path doesn’t usually show up all at once. Click To Tweet You create it over time by incrementally leaning into experiences that feel more meaningful and purposeful. It’s a lifetime pursuit.

Disappointment is your friend here. Where have you been dissatisfied with some part of your life that wasn’t meaningful enough? Identify where you fell short. Then basically invite more of the opposite into your life.

Here are some personal examples:

At one point I felt disappointed that my business wasn’t purposeful enough. I started out by creating arcade style shoot-em-up games. That was fun and interesting for a while, but eventually I felt that the games didn’t provide much real benefit to people other than some temporary entertainment value. This gave me a letdown feeling, which I didn’t like. 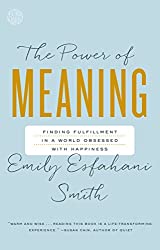 My response was to lean into developing and publishing more cerebral games that involved solving challenging mental puzzles. It felt more purposeful to give people a good mental workout and to challenge myself more as a game designer. My satisfaction in running the business increased as I made this shift. And the feedback I received from players showed me that they appreciated this change as well. This helped me see that pursuing more meaning and purpose, which are really feelings within myself, could also create wins for other people.

Eventually I grew less satisfied with the whole field of entertainment software. Even giving people a mental challenge wasn’t enough after a while. Once I had a taste of purpose, I wanted to do more for people. So I began exploring other outlets for contribution on the side for free, such as speaking at conferences and writing articles to share knowledge and insights. These activities felt fulfilling and meaningful, so I gradually did more of them. About five years later, this led to a big career change from game development to personal development work. I wanted to invest more time and energy in the direction of greater meaning and purpose.

Another shift in meaning happened in my personal life many years prior. At some point I started to see that my food choices weren’t the greatest. Eating the standard American diet felt dissatisfying. I sensed I could do better, but I wasn’t sure how. I soon leaned into experimenting with vegetarianism and then veganism. That felt way more meaningful, and it changed many of my internal frames and relationships. I thought differently about food, animals, human beings, and more.

These changes helped me explore a different ethical alignment compared to what I grew up with. This was among the most meaningful direction changes of my entire life. I feel so much better about myself as a vegan than I did in my pre-vegan years – even after 23+ years, it still feels powerfully purposeful and never grows stale. So consider that finding meaning can be as basic as reconsidering what you put on your plate each day.

Another shift happened when I felt alone and isolated in my business life. I was also getting frustrated with trying to figure out so many aspects of business on my own. After five years of sinking into debt, I was also feeling pressured by the lack of results. I wanted better results, more actual accomplishment, and more social engagement with other people, especially other entrepreneurs. I grew tired of only interacting with job-wielding friends who couldn’t relate to my challenges or desires to run my own business.

So I started participating and then volunteering in a software trade association. That connected me with other entrepreneurs, and I quickly made many smart and successful friends. This social expansion phase lasted for years, and these were some of my best years of growth – definitely more meaningful than what came before. The tricky part was being willing to open up, explore, and seek help and advice from others with more experience. I had to go back into student mode.

Yet another way to amp up the meaning is to identify a fear or zone of resistance and decide to conquer it. A big one for me was public speaking. Getting into Toastmasters for six years was a delightful experience – super rich in meaning and purpose. It felt especially meaningful to do my first 3-day live event for 115 people five years after I joined Toastmasters – at Harrah’s Hotel in the middle on the Las Vegas Strip. To amplify the meaning even more, that’s where I met my now-wife Rachelle.

One of the richest sources of meaning in my life comes from questioning the nature of reality and exploring my relationship with reality. This started in my teenage years, when I began having major doubts about my religious upbringing, including 12 years of Catholic school. Religious dogma wasn’t fulfilling or meaningful to me, so I began exploring other beliefs and perspectives to replace it. Trying to have a relationship with “God” felt meaningless and hollow… and also like I was constantly under the scrutiny of some judgmental deity. Dumping this model was difficult at first, especially due to feeling cut off socially, but in the long run this shift really improved my sense of meaning and purpose in life. When other people’s paradigms are renting too much space in your head, you may find more meaning in exploring and developing your own models.

A Journey of Exploration

We often have to abandon what’s unfulfilling and disappointing before we can see where we’ll land. We don’t necessarily have to land anywhere specific either. A journey of exploration can be way more meaningful than a dissatisfying starting point. So a good heuristic is to just move away from whatever disappoints you. If the meaning isn’t there, head elsewhere.

It’s actually meaningful to move away from what isn’t meaningful. If you can’t see the new meaningful stuff you’d love to invite in, put your attention on purging the non-meaningful clutter from your life first. Purging is meaningful.

Letting go of misalignments is especially hard to do with intimate relationships. When my first wife and I separated after 15 years together (11 of them married), it was tough, like jumping into a void. But the fulfillment just wasn’t there, and it didn’t make sense to continue investing in the relationship as it was. I found the meaning and purpose flowing into my life relatively quickly afterwards, but it’s hard to make those kinds of shifts unless you trust that if you seek greater meaning and purpose, you’ll find it. More meaning is possible – you just have to be willing to go for it.

Even in relatively mundane matters, I still like to move towards greater purpose, such as by exploring different business models to find approaches that feel aligned. If my projects aren’t meaningful enough, it’s harder to be productive and to enjoy my work. It’s important to know that I’m doing work that’s making a difference for people and that I’m not just spinning my wheels. I like moving towards greater forms of contribution and ripples.

Meaning is a Moving Target

What feels meaningful one year may start feeling hollow the next year. I think that’s because meaning and growth go hand-in-hand. Growth experiences feel more purposeful than maintenance activities.

There are so many interesting directions to seek greater meaning. You can face fears. You can turn towards more contribution. You can shift to more creative work. You can lean towards teamwork or leadership. You can build a variety of interesting skills. You can experiment and explore, delving into new and unfamiliar aspects of life. You can ask big questions about the nature of reality and seek to build better philosophical models. You can look for really great friends and intimate relationships. You can seek out interesting mentors and mastermind groups. You can look into areas of shame or guilt to unlock forgiveness and self-acceptance.

What you can’t do is settle for a life that doesn’t feel meaningful or purposeful. Settling doesn’t work. So if your life isn’t flowing with meaning, stop doing what you’re doing – you can’t continue along that path. Just declare the old path as dead, and accept that it’s time to make some changes.

Perhaps my greatest desire for you is to help you unlock and explore a life rich in meaning, purpose, and fulfillment. I want you to be happy. I want you to enjoy high levels of motivation most days. I want you to really like and appreciate the life you’re living. I want you to be resilient, flexible, and adaptable, so you can find meaning even in life’s turbulent times. I want you to face your fears, build your creative skills, and grow stronger.

I’d love for you to stretch yourself to have fascinating experiences and relationships and not be so concerned with other people’s opinions of you. I’d love for you to become an example for others in your life, so you can inspire more people to seek meaning and purpose. I want you to shoot for full matches instead of settling for partial matches. I know you’re capable of this. I expect that if you keep leaning in this direction, you’re going to enjoy wild success – it’s just a matter of time.

Do your best to accept that meaning and purpose won’t stand still. Meaning will keep dancing around, teasing and taunting you as you chase it. Embrace the chase – this alone will help you create a very interesting and worthwhile life.

For more on living a meaningful and purposeful life check out these articles:

The Practice of Listening to Find ​Meaning and ​Purpose

How Finding Your “Why” Can Improve Everything