My Doctoral dissertation research revealed that sixteen prominent leaders specifically identified as number of leadership traits that they believed were important in becoming a leader. My research revealed that, honesty and integrity were high on their lists of the essential qualities of a leader. The sixteen prominent leaders and research participants shared an emphasis on the willingness to serve those they lead and to be a humble servant-leader.

Under the umbrella of leadership traits, the notion of the importance of servant leadership and being a Humble Servant Leader (from my leadership research) is repeated here because it remained a strong theme in the sixteen prominent leaders’ interviews. The sixteen prominent leaders I interviewed all talked about the importance of caring about people and listening to their needs. The participants emphasized that having clear and consistent communication and willingness to share their vision, their objectives, and the tone of the journey was essential to their success as leaders. They believe that having a complete and deep understanding of the business was needed to lead and succeed. They were quick to repeat the need to be able to cope with adversity ‘head-on,’ overcome obstacles, and view challenges as opportunities.

I found that the source of the misinformation stems around an article by Stogdill which is frequently misquoted or misinterpreted. Many leadership writers, even some leadership scholars, misquoted or misunderstood the article. But they have commented on his now sixty year old article from his review and findings from various trait studies, relying on a prior interpretation, instead going back the primary document. He is often cited as finding them contradictory or inconclusive. Several authors have also stated that the well-respected late Professor Stogdill could not find a reliable and coherent pattern in the 120 trait studies he initially reviewed.

I re-read the entire 1948 article by Stogdill, and he never made the statements that were attributed to him regarding his alleged opinion that Leadership Trait Theory is false or not true. I personally and professional do not believe that that leadership theory is false or dead.

I will proceed to counter and document the false information, or misinformation, that leadership traits are untrue or invalid. Stogdill in his reporting of his leadership research, just instead used the term Leadership Factors instead of Leadership Traits. In the original article which was published in a 1948 issue of the Journal of Psychology, Stogdill discussed in detail the results of his leadership foundation literature review and study, in which he found and published that certain factors (or traits) which have been associated with leadership could all probably be classified under the general headings of capacity, achievement, responsibility, participation, status, and situation.. 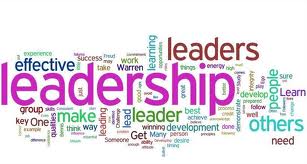 Of particular note, what Stogdill’s calls his Situational Factor (Situational Leadership Trait) is very similar or comparable to the underpinnings of leadership philosophies such as servant-leadership, principle-centered leadership, or even transformation leadership. He explicated in detail the meaning of each factor, using terms or adjectives for his sub-factors that others might call Leadership Traits.

Stogdill, discussed what other leadership scholar have before and since called Traits, but he re-categorized them and called “factors” He instead as argued that the five individual Factors” with “sub-factors, existed, but that there was a sixth factor which was the specific situation itself.

My Doctoral dissertation leadership research clearly showed that there are a number of key leadership traits or qualities. One of the key factors usually not included in the list of traits is the ability to overcome adversity. The ability of leader to effective deal with adversity or obstacles was an important trait, according to the sixteen prominent leaders I interviewed on the subject of leadership and adversity. One of my leading scholars that peer-reviewed my leadership research, Professor Jim Kouzes, said, as reported in my published Doctoral dissertation, that he generally they would agree with my research finding statement that the adversity or obstacles in their adult lives was the most important event in their development as leaders.

Stogdill did conducted a follow-up survey to his 1948 work of 163 individual leadership trait studies and updated it through 1970. The resulting comparison of the 1948 and 1974 research was reviewed in narrative form and then compiled into table form, labeled with the six basic characteristic types factors (traits) and multiple sub-categories sub-factors (sub-traits).

In his later work on leadership factors (aka leadership traits), Stogdill (1974) simply modified his six basic characteristic types and expanded them to include eight factor descriptions. One of the key elements of the later review of characteristics was the inclusion of a much larger percentage of survey information gathered much more information or data from adults in the working world. The trait study done by Stogdill reviewed a series of trait studies done mostly on children or social groups, not usually on adults.

Stogdill’s original article has been repeatedly misquoted as evidence that personal traits have little significance or bearing on leadership. This consistent and out-of-context misquoting, or simple misunderstanding, of his position, bothered Stogdill enough that he clarified that he did not hold this view on the lack of importance of these traits. In fact, Stogdill, later specifically noted in writing that his 1948 work had been cited frequently as evidence in support of the view that leadership is entirely situational in origin and that no personal characteristics are predictive of leadership. This view seems to overemphasize the situational and underemphasize the personal nature of leadership. He indicated that different leadership skills and traits are required in different situations.

How could Stogdill have not believed in the value and relevance of Leadership Traits, when Bass and Stogdill (1990) concluded their chapter entitled Traits of Leadership: A Follow-up with the statement, “Evidence abounds about particular patterns of traits that are of consequence to leadership.”

Why did he and Bass devote three chapters on the Traits of Leadership, if he did not believe in them?

If any doubt remains, Bass summed up his position on the importance and transferability of certain traits and attributes were transferable or situational. Even though Stogdill has been misquoted by other scholars, the record shows that he and Bass, 1990, in their best-selling Handbook of leadership reviewed the last century of leadership research on traits or attributes which they documented and footnoted in nine full chapters under the heading Personal Attributes of Leaders

My Doctoral dissertation leadership research clearly shows that “leadership trait theory” is not dead or false. The leadership literature and my Doctoral dissertation leadership research seems to indicate that traits alone are not enough, but that traits may be helpful, or even foundational, or a precondition in the development of leadership. It may even be possible that a particular combination of Traits, Factors, and Attributes for a given situation may be a conditional precedent to developing effective leadership. Leadership Traits (regardless of the term used) are clearly Not dead, just relabeled.

What is the real difference between leadership: Traits, Factors, and Attributes, it is really it just scholarly semantics.

Dr. Haller is currently the Chief Enlightenment Officer of The Leadership Success Institute and Founder/CEO of the Entrepreneurial Success Boot Camp. He is a Published Author, Entrepreneurship Mentor, and Intrapreneurship Coach. Professor Haller is currently active as a serial entrepreneur, involved in several ventures ranging from super high definition sign advertising to internet marketing training. Dr Haller serves on the Board of Directors of companies.