Changing one’s life is a lengthy process. Click To Tweet We are so impatient. We dream about overnight success or a one-week life change. Somehow, it’s so easy to forget that your lifespan is measured in decades. One night or one week is only a tiny fraction of your life.

So how long does it really take to improve your life?

The results vary, as they say. They are three known methods to change one’s behavior:
-an epiphany
-a change of environment (what surrounds you)
-a change of habits 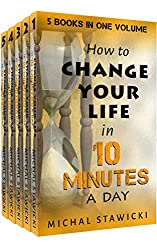 improved their health because their sweet little grandkids told them not to die too soon. Or the stories of addicts who met Jesus. Or stories of people who had a near-death experience and came out of that totally different.

A moment of decision, one short event and they turned their lives around.

I’m sure you’ve heard such stories because they got extremely heavy media coverage. They draw attention. They spark interest. They sell. Thus, just about every single “epiphany story” is covered. They are a no-brainer for media outlets.

And it tricks you into thinking that an epiphany is a way to improve your life.

The one thing the media doesn’t mention when covering those stories is that every single time an epiphany is happening TO the person. Nobody has ever engineered an epiphany. It’s impossible.

Anyway, you cannot create an epiphany. You can only hope it will happen to you one day. And it’s a poor strategy for taking control of your life.

A change of environment can be relatively fast. For example, you move to another country to get a new job and your life accelerates like crazy. Or you get married, move out of your parents’ house and start a family. Or you get pregnant and your pregnancy motivates you to improve your life in a way that has always eluded you.

The triple discovery about the change of environment:

How often do you change a job, move to another city/country, or get married or pregnant for the first time in your life? Much more often than experiencing an epiphany, but still not very often, right?

Such major life shifts have also a tendency to happen to us. I changed jobs because I was fired. Our first kid wasn’t planned. Ha, ha, nor either of the two following kids.

Here is the thing: the longer you live, the harder is to introduce a significant change of environment. When I decided to improve my life at the age of 33, I had been married for 12 years, had three kids, a 35-year mortgage and a full-time job. I simply could not leave my old life behind.

People get married, have kids and change jobs all the time, and a life change does not follow those events. Why? Because no matter how your environment changes, you take your old mentality with you every time. Your personal philosophy is the same and it only MAY shift in new circumstances.

But one of our internal brain mechanisms is RAS that filters out everything around and provides to your conscious mind only a deliberately curated ‘press releases’ of reality. In other words, you are always looking for facts and arguments that confirm your existing philosophy. And you don’t change much.

Hence, the significant improvement of life as a result of changing what surrounds you is not common. It happens, but it doesn’t happen every time.

On the other hand, if you follow the route #3 – changing your habits – it happens every time. In his book, “The Power of Habit,” Charles Duhigg tells a story of some research. Scientists were interested in the reason behind changing one’s life… Some people are able to improve their lives and others aren’t? What’s the factor that explains it? What’s the first cause? 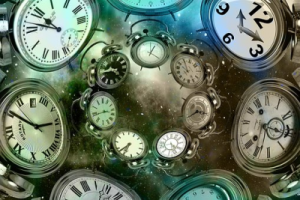 They started with normal bias, they were looking for tracks of enlightenment or change of surroundings. They thought that a sudden conversion, death in a family or some other tragedy may be good explanations for the change in human behavior. They interviewed people who were able to bring their lives back on track and they were amazed by the discovery of the first cause.

It was a change in habits. In fact, often it was a single new habit that started the avalanche of improvement.

What I conclude is that routes #1 and #2 are only shortcuts to changing one’s habits. If you convert because of enlightenment and join a religious order your daily life is much different from it was. If you move to another country, you lose many of your old habit triggers and it creates space for building new habits.

And changing your habits takes months, not days. Developing a single habit takes more than a couple of months on average. That is, according to the only widely quoted study from the European Journal of Psychology about this subject. I think this study is overly optimistic because it was skewed toward success in laboratory conditions. In a real life, it takes even longer.

And yes, a single habit. Every expert says that it’s exponentially easier to develop one habit at a time than two.

Conclusion: you need at least a few months to improve your life.

Of course, assuming your new habit has the life-changing capacity. It is one thing to start a private journal and write for five minutes a day, and another to start writing a book for two hours a day and then actually publish it.

Usually, a single habit is not as influential and you need a synergy of several habits to convert it into a significant improvement of your life.

How long does it REALLY take to improve your life?

Exercise is a keystone habit, one of the two discovered by scientists looking for the first cause of permanent change in an individual’s behavior. A keystone habit is a habit that leads to a cascade of other positive actions. In other words, it leads you to develop more good habits, even without your conscious decision and seemingly without all the effort connoted with developing a new discipline. Brian Tracy explained it most aptly:

“Keystone habits are habits that have a multiplier or a domino effect in your life.”

If your intention is not set at the improvement of your whole life and if the scope of the habit is short of life-changing capacity, even introducing a keystone habit won’t help you improve your life fast.

It took me about seven years.

In 2006 I returned to my habit of doing a single consecutive series of pushups to the point of failure. I just wanted to lose some weight.

Exercising was still a keystone habit and I developed more good habits without conscious reflection or much effort. In a few months, I coupled my morning workout with my morning prayer and that solidified both of the disciplines.

A few years down the road I started using to-do lists and checklists to subdue the chaos of my daily responsibilities. I bought a pull-up bar and started doing pull-ups and chin-ups almost on everyday basis. At the beginning of 2012, I finally modified my diet into something healthier than the donuts I was so fond of.

So I got 3-4 new good habits thanks to my exercise habit. They emerged spontaneously, exactly like a keystone habit works.

But it took me six long years to arrive at this level. It also prepared me for the message of The Slight Edge. You see, I always thought success was something grand, thus out of my reach. In his book, Jeff Olson explained that success is a few simple disciplines repeated over time.

I was skeptical like hell, but I had a few experiences from my own life when I followed some small disciplines and succeeded. The most prominent and fresh one was my pushups habit. I didn’t lose weight, but my strength increased. My performance climbed over 300% in those six years. This experience made me think that maybe Olson wasn’t a self-help idiot guru and maybe I can succeed in my life.

A year later, in August 2013, I had dozens of new daily habits and I started a new career; I became a writer.

It took me seven years since starting my first habit to get out of the life of a quiet desperation and actually doing something to improve my life.

That’s LONG! But still only 18% of my lifespan as of today.

And it took me FIVE more years to truly improve my life, not only myself.

In the last five years I beat hundreds of fitness records, published 13 books, bought our first home, started an online coaching practice, passed a few exams and obtained a few professional certificates, wrote over 1,750,000 words, doubled my income, published over 1,000 answers on Quora, sold tens of thousand copies of my books, changed a job, started a book advertising business, downsized my job to halftime… My life not only improved, it exploded.

“And let us never slacken in doing good; for if we do not give up, we shall have our harvest in due time.”
– Galatians 6: 9

It took me so much time to get where I am now. The journey was exhausting. If someone told me in 2006 that it would take me the next twelve years to “arrive” where I want to be, I don’t think I would have decided to go through this process.

I remember how discouraged I was just two years ago. I had been on this journey for four years and it seemed like my efforts barely brought any fruits. I was stuck in my day job. My book sales dwindled to about 250 copies a month. My marriage was in shambles. I was out of steam. I had to draw from my salary to pay for the services needed for my side hustle. My bank account balance didn’t bring optimism.

But I didn’t stop.

So how long does it take to improve your life?

Your whole life. This process never ends. If you want true satisfaction from life, you need to keep progressing. You will never “arrive.” 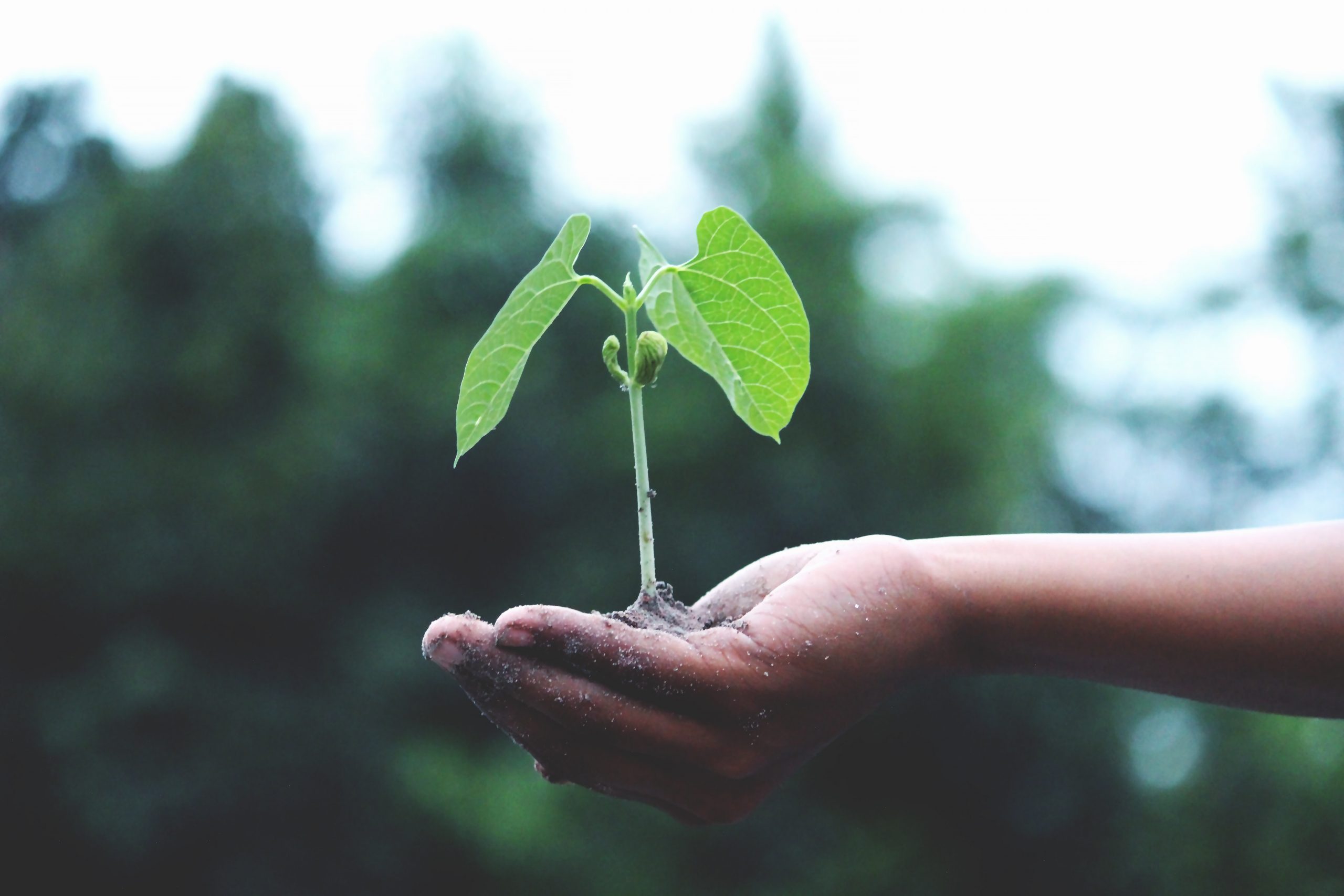 Say farewell to the illusion that you will ever be fully content with your life. Nope. The whole joy comes from improving, not from improvements. Life is a process, not a destination.

Accept that it will take years or decades to improve your life. It’s normal. Stories of overnight success are abnormal. They are carefully curated in media so the long journey seems like overnight success or they are simple aberrations.

Don’t aim for overnight or over a week success. Over a decade success is much more likely, doable, durable, lasting, and frankly – more enjoyable.

​More on how to improve your life:

​New Goals Mandate New Behaviors
Going Beyond Goal Setting: Goal Achievement
6 Questions to Ask Yourself To Get the Most Out of Life
​
Tweet
Share
Pin1
Share
1 Shares