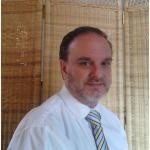 Not again. I can’t believe this is happening to me. Am I ever going to catch a break? I can’t trust anyone.

Sometimes you just hit a wall. Other times you are making a choice to be a victim. It is your mindset that causes the murky waters. Yes, there will be times when life isn’t fair. And I never wish to minimize anyone’s suffering. But we need to ask ourselves if we are causing self imposed suffering? I think we all are guilty of this at some point in our lives. But so many have the “Not Again” attitude that is draining not only them, but everyone else around them.

I see this all too often in my practice. A new client comes in and tells me all the terrible things that are happening to them. I go into support mode and begin to line up some action items to stop the suffering. Over the course

of a few months, no action items have been completed, let alone attempted. There is blame being cast at every person that is left in their life. And lastly, the slowly stop showing up for their appointments. It’s hard to support someone who self identifies as being a life long victim.

There truly are victims out there. I have worked with the sexually assaulted, the sex trafficked and abandoned. People with completely horrific backgrounds. And believe it or not, some of these people carry a brighter disposition than many of us who take a bad day and make it much worse than it really is. We must train ourselves not to over react when we hit the wall. And because this is life, we are all going to hit the wall. The question is, do we stop driving? Or, do we just accept that there will be more walls in the f

uture? I have found that acceptance overrides fear. Because if we fear, life begins to shrink all around us.

Why is it that some people focus while others fold when they hit the wall? It is all about the mindset. I love using the analogy that the greatest baseball players only get on base maybe 30 percent of the time. In other words, they get a hit 3 out of ten times at bat. While some see 30 percent as a failure, others see it as an accomplishment. Mindset. How do you see it?

We’re going to have some bad days. We’re going to pick some people who are not a good fit for us spirituality and or mentally. Train yourself to outlast the storm. Learn to let those people go who do not inspire you to level up. I promise it doesn’t make you a bad person to want more for yourself. Just as you wouldn’t purposely carry these bad days with you. Do not carry the uninspired in your inner circle. Because we’re going to hit the wall. And when we do, the last person you want to try and lift you up is someone who is a life long victim.

One thought on “Hit A Wall”